January. The festive period over and skies are grey. In search of a bit of nature, I started feeding the birds around the garden. What was surprising was just how quickly they cottoned on to the new food source in the neighbourhood. Within a day or two of the grease-balls appearing in the magnolia, the wintery garden had non-stop traffic of little hungry birds. So much so, that after the first week, my pack of ten bird food balls were all eaten.

Intrigued, out came the bird book with full colour photos. Bilingual of course. In one afternoon, 14 different species came for a nibble. It’s a delightful way of passing a half an hour on a fairly grey Sunday afternoon.

Step 2 was to try and catch them on camera. Not so easy as some of them, the chaffinches, the song thrush and the jay were very shy and the shutter noise frightened them away.

But the tits and my favourite, the common blackbird, seemed almost happy to pose. I’m sort of pleased with this first attempt at wildlife photography. 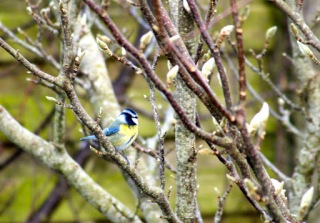 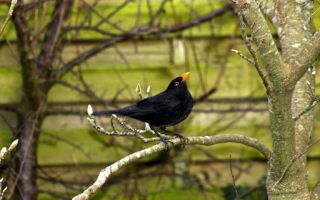 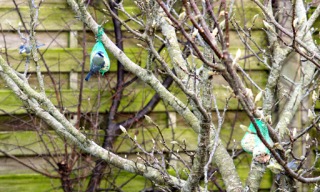 Tree up. This year it’s an artificial one. I somehow couldn’t get my head around cutting a tree down and then watching it wither for three weeks and then throwing it out. Despite the promise of Ikea and Jardiland to give me a 10€ gift voucher for the return of the deadish tree after the festivities.

Yes – a real tree smells good. Yes – a plastic one lacks the soul of a real one. But on the plus side, no needles to sweep up. Even cat attacks leave it relatively unscathed. And undoubted progress has been made. I remember my family’s sad little artificial tree – after a couple of years it had more sellotape than silver binding around its skinny little trunk. Even so it never ceased to make me smile – even when its tinsely branches had lost more than half of their plastic, frilly, green-leaf bits. 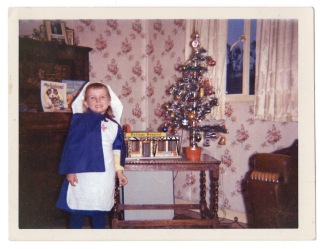 The new tree is almost realistic except it doesn’t have the half-metre of bare bit at the top which you never know whether to cut or not. It also saved all that sweating and sawing trying to get the trunk to fit into the metal jaw thing that is supposed to hold it upright…..

Straight off I sort of missed the piney smell. All was not lost however – one bottle of pine essential oil and a discretely placed diffuser and Hey Presto! One faux pine smelling like a small forest!

We are getting used to each other – the faux pine and I. Seems like this could be a winning partnership. 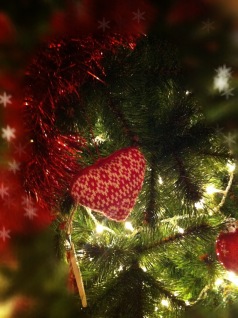 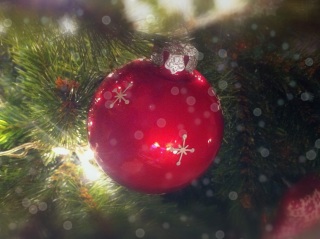 Back home in the valleys of South Wales, most of the houses looked pretty much the same when I was growing up.  Terraces sprawled along the valley bottom and scrambled up the sides when the floor was full. Homes sprung up with a speed never before or since seen, to house the influx of workers for the mining industry. Not much had changed by the early sixties when I was growing up.

There were some interesting and quirky exceptions. To break the monotony, some mine owners and other home-builders in the early 20th century had adopted a slightly different view. Here and there sprouted houses that were more individual, less crowded one against the other. The concept of the garden village was born.

My grandparents lived in one such house, with a big garden and a pretty, cottage-style frontage. But what singled it out for me was the entrance hall. No corridor effect that had the stairs straight in front and the doors off to one side but a wide space where the doors opened in front, to each side and the staircase turned elegantly with a real wooden bannister that allowed you to look down on the hall.

Their hall was cool and smelled of wood polish and had a real tile floor. As you entered through the front door, there was a wall opposite with a door to the left-hand side leading to the sitting room. To the left of this door was a polished wood table, with barley-stick legs which was always dressed with a little lace-edged table cloth and upon the table cloth was the aspidistra. It sat in a big, red bowl with its glossy leaves bowing gently over the sides. It sat there for as long as I can remember, a symbol of calm and steadiness.

It meant something to me, that aspidistra. It meant that everything was fine in the universe. As I crossed the hall to get the bottle of Tango out from the cupboard under the stairs or a packet of Smith’s cheese and onion crisps, it was always there. It didn’t move. It didn’t wilt. Its leaves stayed green and brilliant all the year round whatever happened, whatever the season and whatever sagas and scandals agitated the family.

It left a lasting impression on me and later, when I read “Keep the Aspidistra Flying” by George Orwell,  I laughed out-loud when I understood what the aspidistra represented – a respectable, middle class lifestyle.

The aspidistra represented for me a confusion, a dichotomy – the longing for that comfortable and calm lifestyle and my inability to grasp it when the chance presented itself. Even a conscious rejection of it sometimes. But far more often, a chaotic passage straight through the middle of life’s events, astounded by the absurdity, tragedy and ultimately the comedy of it all.

Now living in France, I still think of that aspidistra in the hall of my grandparents house and what it stood for in its red, gleaming bowl. I don’t know what happened to it. Maybe it got thrown out?

I have never owned an aspidistra but I do find myself frequently looking at them, sideways when I go to the garden centre……..